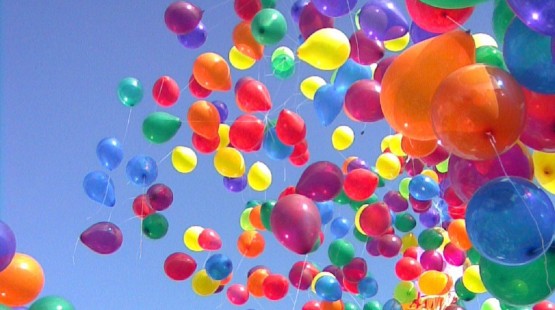 For more than 10 years David and Linda James have taken international summer mission teams to the seaside resort of Umag, Croatia. Over the last two years they’ve had contact with Maurizio – and his story is a beautiful picture of God at work. (Be sure to read to the end!)

"In 2015 we arrived in Umag with a young international team and the teabus (a mobile café),” David explains, “ready to help the local church share the love of Christ with both residents and holiday makers. On the very first evening we met a man named Maurizio who was selling balloons along the promenade. On the surface he seemed larger than life, if at times a little drunk. This ‘balloon man’ appeared each of the following two evenings, but on the fourth he was nowhere to be seen. “Instead Maurizio was at home, contemplating suicide. At one point he even had a noose around his neck. Maurizio was an alcoholic and suffered from various other health issues and had had enough. But something told him not to end his life; that he should go to talk to the teabus people one more time. Josip Cukic, pastor of the Umag church, had a long discussion with him and invited Maurizio and his wife Ruza to meet with him and his wife Sofija regularly to read the Bible and pray.

“A number of weeks later Maurizio trusted his life to Jesus.

“When we arrived on the promenade in Umag a year later, Maurizio came straight up to me and said ‘Thanks to you and your team for coming to Umag with this bus. Last year I have received new life!’  Because Maurizio had spent much of his life in the local bars he had many friends to tell about Jesus, and he did so with gusto. In fact he was the first person born and raised in Umag to become a Christian in the local church – so he was very special in the eyes of Pastor Cukic.

“A month after our 2016 mission trip, the Umag church held an evangelistic event during which Ruza also gave her life to the Lord. Maurizio’s heart simply overflowed with joy.

“One week later Maurizio, aged just 42, died suddenly. Everyone was in shock – especially Pastor Cukic. He had hoped that this was the start of a breakthrough for the church. Their locally born natural evangelist was gone.”

Pastor Cukic continues the story: “To our surprise Ruza decided she wanted our church to conduct the funeral – even though her conversion was only a week earlier and Maurizio’s family were all Roman Catholic. So we took on this responsibility. Umag had never seen an event like it. I was able to preach to hundreds of local people. Sofija and I could speak to his mother and many others about the hope that Maurizio had. They were especially struck by a photo I had taken of Maurizio immediately after his conversion. Everyone who looked at this photo said they had never known Maurizio like that.

“The next Sunday six of Maurizio’s friends came to our Sunday service. Ruza is experiencing a comfort that many can only describe as supernatural. Maurizio’s mother insisted that the name of our church should be included in the obituary. Such an opportunity for the church to present itself in this way could only come from our faithful Lord.

“Despite the sadness, we are encouraged. Pray for Ruza and Maurizio’s friends and relatives – who now know where to find hope.”

If you are inspired by what is going on in Croatia, find out more about the opportunities there and across Europe by clicking here.